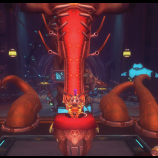 Warpigs is a semi-hardcore multi game community, for both MMOs and other genres. Our core, which has largely remained the same, started back in 2014. Warpigs first got started in Wildstar and has since branched out to several other game including, Black Desert Online, Overwatch, Heroes of the Storm as some of our most active games. We also have a strong internal following for both Dauntless and Ashes of Creation.

Warpigs function as a tight knit family-esque guild, which is not to say that our conversations are G-rated. Quite the opposite, but when you're one of us, we've got your back. Words fly pretty freely, and I'm always of the opinion that if you play an MMO, or any game with a social player base, you need thick skin and know not to take things personally. With that being said, we are a well organised and have a fairly mature membership, and as such we offer a very stable guild that we hope will be here for many more years to come.

Warpigs are dedicated to a friendly, team focused, fun-loving gaming environment where every member is important and not just a number on a roster. We seek to foster long term friendships among members and enhance the online gaming experience by virtue of those friendships.